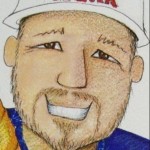 Coach Dos is a sought after international speaker on a variety of conditioning topics such as Program Design, Cardio-Strength Training, Olympic Weightlifting applications, Sport-speed development, Explosive training, and CHAOS™ Speed Training. Coach Dos served as Director of Speed, Strength & Conditioning @ College of the Canyons in Santa Clarita, CA, a position he had held from 1999-2015. Coach Dos is also the 2006 recipient of the National Strength and Conditioning Association‘s prestigious Collegiate Strength and Conditioning Professional of the year for 2006. This award is given to the top collegiate strength coach in the country (as voted on by his peers). In addition to contributing to Men’s Health magazine on a regular basis, Coach Dos’ first book Men’s Health Power Training (Rodale Books) was released in July 2007 and become a world-wide best seller. His second book, Cardio Strength Training (Rodale Books) is also a best-seller.